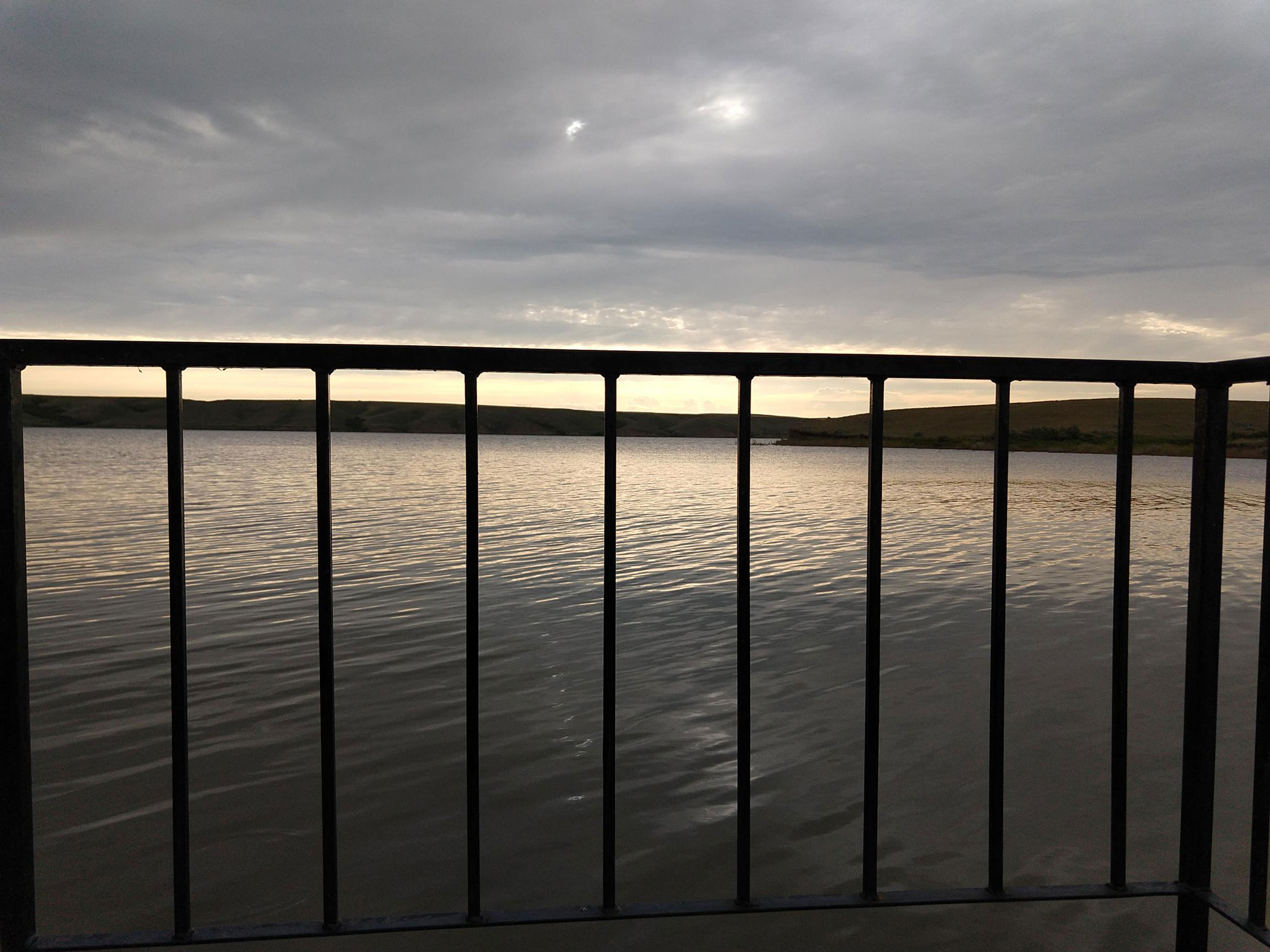 …is an enjoyable adventure!

After the weather being too hot for one, two days to properly work outside - you needed to go back inside for half an hour to cool down after working for 20-30 minutes - one of the neighbours invited us to spent the day on the lake with him and his wife, no work, just to relax a little.

We gathered a few things for picknicking, enough water for the day and a couple other things you might need out there on the water. Then we grabbed one of the trucks and went out - because “neighbour” out here can mean a 10-15 km car ride.

The road went past the summer pasture of George’s cattle, so we had a small stop in between there to replace the mineral licking stones and check if the cattle was otherwise alright.

The neighbours already had the boat prepared - a small, raft-like house boat with roofed center and windows without glass for fishing - and a barbeque! Unlike the days before there actually were a few clouds in the sky and out on the water a slight breeze kept both the heat and the mosquitos at bay.

We drove down the lake for some time, looking for interesting patterns in the hills’s edges and watched a few deer drinking in one of the bays, before going back to the dock to pick up another neighbour.

Now with five people, some fruits, vegetables, snacks and drinks, we went out again, to the favourite fishing spots of the boat’s owners. Once we reached that spot they handed me one of the fishing rods too and taught me how to use it. After the fish stealing my worms two times, I actually managed to catch a fish the third time and got it all the way into the boat!

Sadly, it was no tasty edible fish, so we just shot a quick picture as proof and threw it back into the water.

Without edible success with the fish we decided to make the hamburgers George and I brough instead, and so we enjoyed freshly-barbequed burgers and different salads out on the water while the sun slowly started disappearing behind the hills.