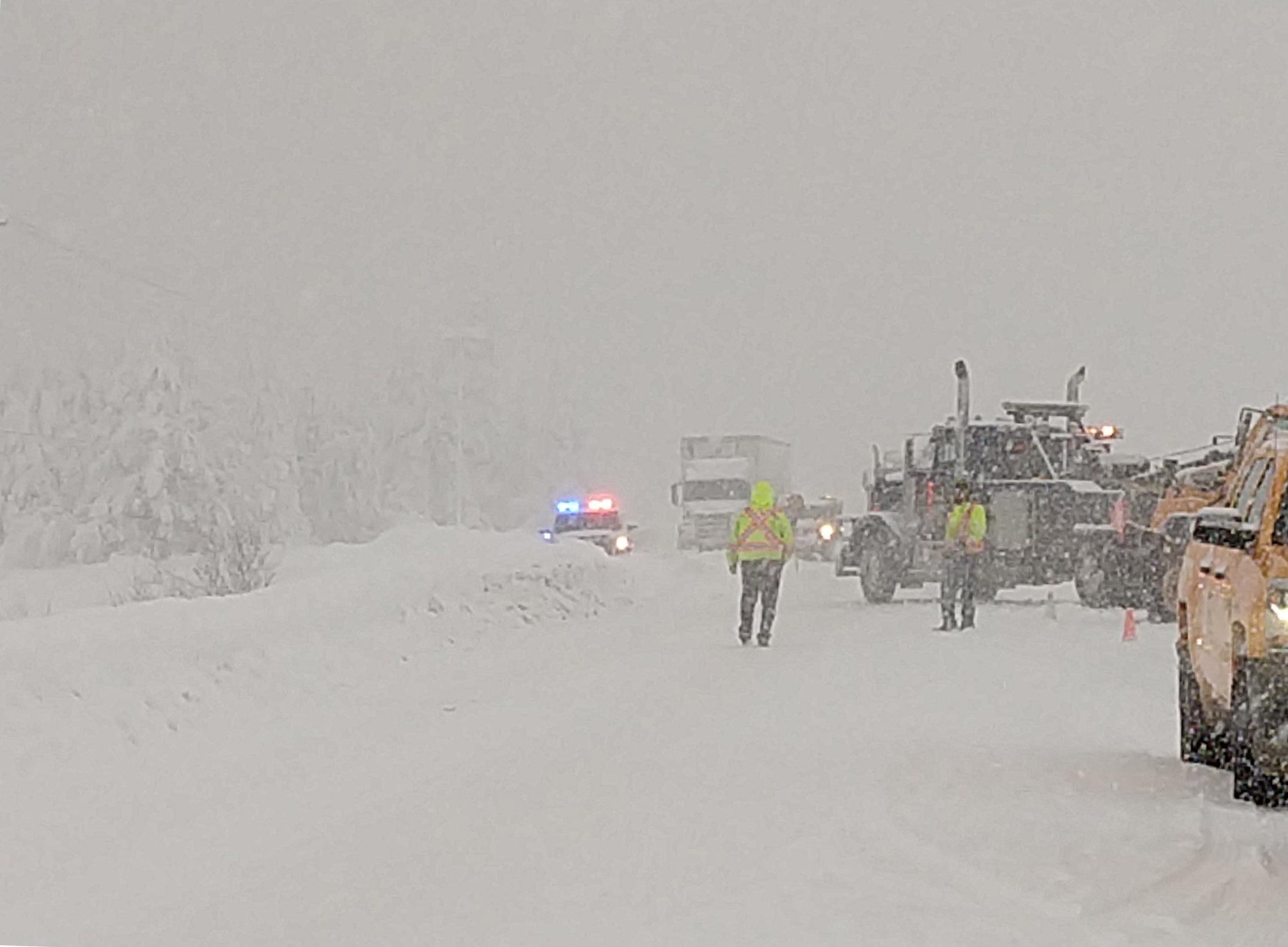 An unexpected source of money

Before I originally went to Canada, I had purposefully applied for a working visa (because, officially, you are not allowed to stay in one spot for more than a months on a tourist visa) without ever expecting to actually make money along the way.

I was all the more happy and surprised when Leah offered me to take part in a flagging course, where I was then allowed to make a flagging licence. Because, besides the Ranch, Leah also runs a small company here in the valley which secures people in the work zone during accidents, road works and vehicle rescues on the highway - and she thought, I would most likely enjoy such an absurd job, which is the complete truth. And on top of it all, this work is paid as well.

But what exactly is this “flagging”?

A flagger, which is more or less the colloqial name for a Traffic Control Person (TCP) is a person equipped with high visibility clothing and a STOP/SLOW sign and the task to regulate traffic.

In Canada, only very few to no signs, barriers and cones are used to mark roadworks or accidents. Instead, they use people to direct traffic around those areas. A flagger is what stands between the oncoming traffic and the work zone.

Depending on what the work zone is about (roadworks, accident, vehicle recovery) and how much room it takes on the highway (one or two lanes or all of them) we flagger have different amounts of work. But we are always ready to stop all traffic through the zone (or massively slow it down) if the workers need us to. Communication is mostly done via radio, which we also use to talk to the truckers in their transports on the highway.

Because flaggers are mostly called to accidents and vehicle rescues, especially during the winter when the roads are in less-than-amazing condition, TCPs fall in the emergency job category in Canada, right next to ambulance, police and fire fighters. Leah’s company, the “Robson Valley Traffic Control” is available 24/7 and ready to head out in next to no time.

And as it is often with emergency jobs, flagging is not something people fight for to work in - unpredictable hours, conditions and traffic participants making your life harder are just part of the daily fare. You need to feel a calling for it to enjoy flagging - and both Leah and I do.

But the constant risk surrounding flaggers and the unpredictability of the job gets properly rewarded. There are days where you get home and know you made around 500$ in the last 24 hours.

All the time and in every weather

I have been flagging now since the beginning of October, and already got to experience a few thrilling flagging days. Emergency calls at three in the morning, a non-stop 21-hour workday, flagging in the rain, during heavy snow and cold wind, a highway that has been blocked for nearly eight hours straight.

Often, the causes are truckers going a little too fast after fresh snow, and slithering out of a curve, or simply tipping over and thus blocking the road, but snow plows are common recovery victims as well. Sometimes because the slush was stronger than them (channels in slush can be truly brutal) or because someone accidentially rammed them from behind, the front or the side.

We usually spend a few hours on the road after we get a call, without any chance to warm up in between. Thusly, warm clothing and equipment is an absolute must - I now own work boots which are supposed to keep my feet warm until -60°C and extra warm socks (to -30°C), as well as a few pairs of gloves, ski caps (which also keep my neck warm and only leave an opening for the eyes) and padded safety clothing that would make a winter sportsperson jealous. And of course the small chemical hand and foot warmers, in case it gets really cold.

Long waiting times I still spend dancing around on the highway, to keep my muscles warm and in motion.

It also serves as amusement for the waiting drivers.

Our Office: The Highway

One of the things I enjoy most about flagging are our work places. We work on the highway in the Rocky Mountains, and not usually twice at the exact same spot. There are a few notorious spots where transports regularly land in the ditch, but that’s all.

The view, especially when the weather is good, is really unsurpassable. White sparkling mountains, endless forests and the open sky, and spotting wildlife is a common occurrence as well - half the time (more or less whenever I am not trying to stop a vehicle) I feel like I have been dropped into a National Geographic movie.

And finally, flagging is also an unexpected opportunity for me to learn the area as a local knows it. If I now hear someone talking about road conditions at the Goat or that it is starting to snow behind the Forget-Me-Not-Corner, I am no longer unsure what everyone is talking about, but can smile to myself contentedly, while picturing the place in my head.