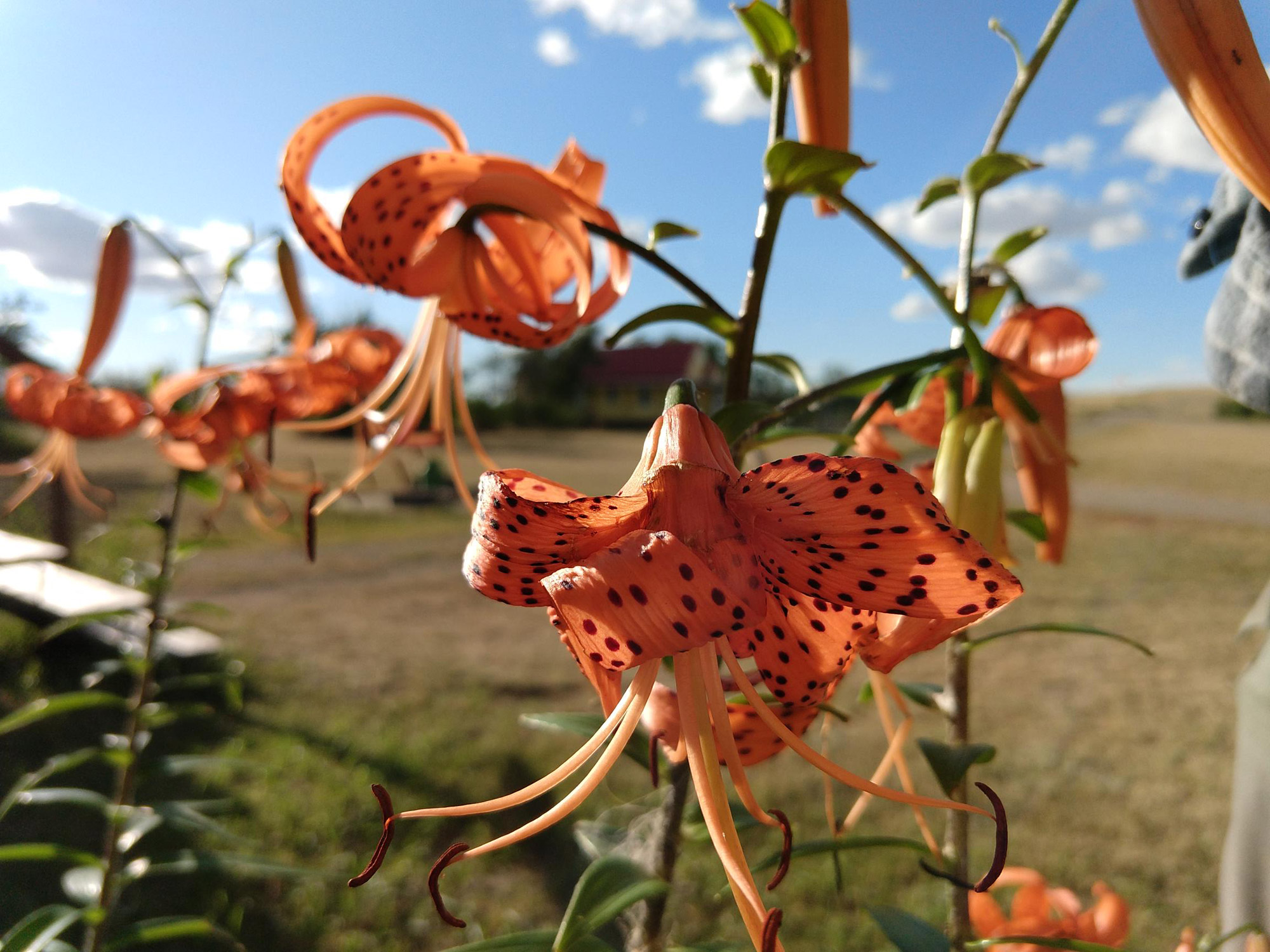 Plants of the Prairie

The prairies are a very primordial biosphere, open steppes with cold, hard winters and hot, dry summers. This climate also reflects in the plant life here. Different kinds of grasses, sagebrush and small cacti shape the picture of the region around La Reata.

George, who is interested in plants himself, takes part in a prairie preservation project for the part of the prairie that belongs to him. He is officially a “Prairie Steward of Saskatchewan”. He is also part of the “Rare Plant Rescue” project from the Stewards of Saskatchewan, which means he either has some of the rare plants and actively takes care of them, or he owns some of the original habitat of those plants, where they can still live like they used to.

The prairie belonging to the ranch still looks today like it must have looked thousands of years ago, the only big difference is that instead of herds of wild bisons, there are herds of half-wild cattle roaming the plains.

In the summer, it is a very brown landscape, but it takes only one real rain to turn it all into a sea of green, and even on hot days you can still find beautifully blooming wildflowers in hidden corners.

The provincial flower of Saskatchewan is the prairie lily. George has a few of them growing on the ranch too, though wild ones are very rare and hard to find. The domesticated version might be one of the prettiest flowers I have ever set my eyes upon - with the typical lily flower shape but in an intense orange colour with many tiny black and dark brown dots (you can see it on the post’s banner). They can grow up to one metre of height - the wild variant is shorter, but I haven’t yet spotted one of those on the ranch (which does not mean there aren’t any on La Reata).

The other plant the inhabitants of Saskatchewan are very proud of is the Saskatoon-Berry (the city of Saskatoon is named after it). There are some bushes of it growing wild at camp, and the berries turned ripe shortly after my arrival to Canada - which was great luck for me, because apparently the bushes don’t carry fruits every year, but only when there was the right amount of both rain and sunshine. And their taste is indescribable - they remind me of a few other fruits and berries but still taste completely different from every other fruit I have tried so far.

The name Saskatoon Berry goes back to the name the Cree gave the plant (misâskwatômina), and the berries themselves are supposed to be one of the traditional ingredients for pemmican.

Of course there are more plants shaping the landscape here - different trees than what I am used to from Europe, or American variants of flowers that look vastly different from their European relatives, but I don’t know enough about plants to properly judge that - and in the end, I simply enjoy the sight of pretty flowers.