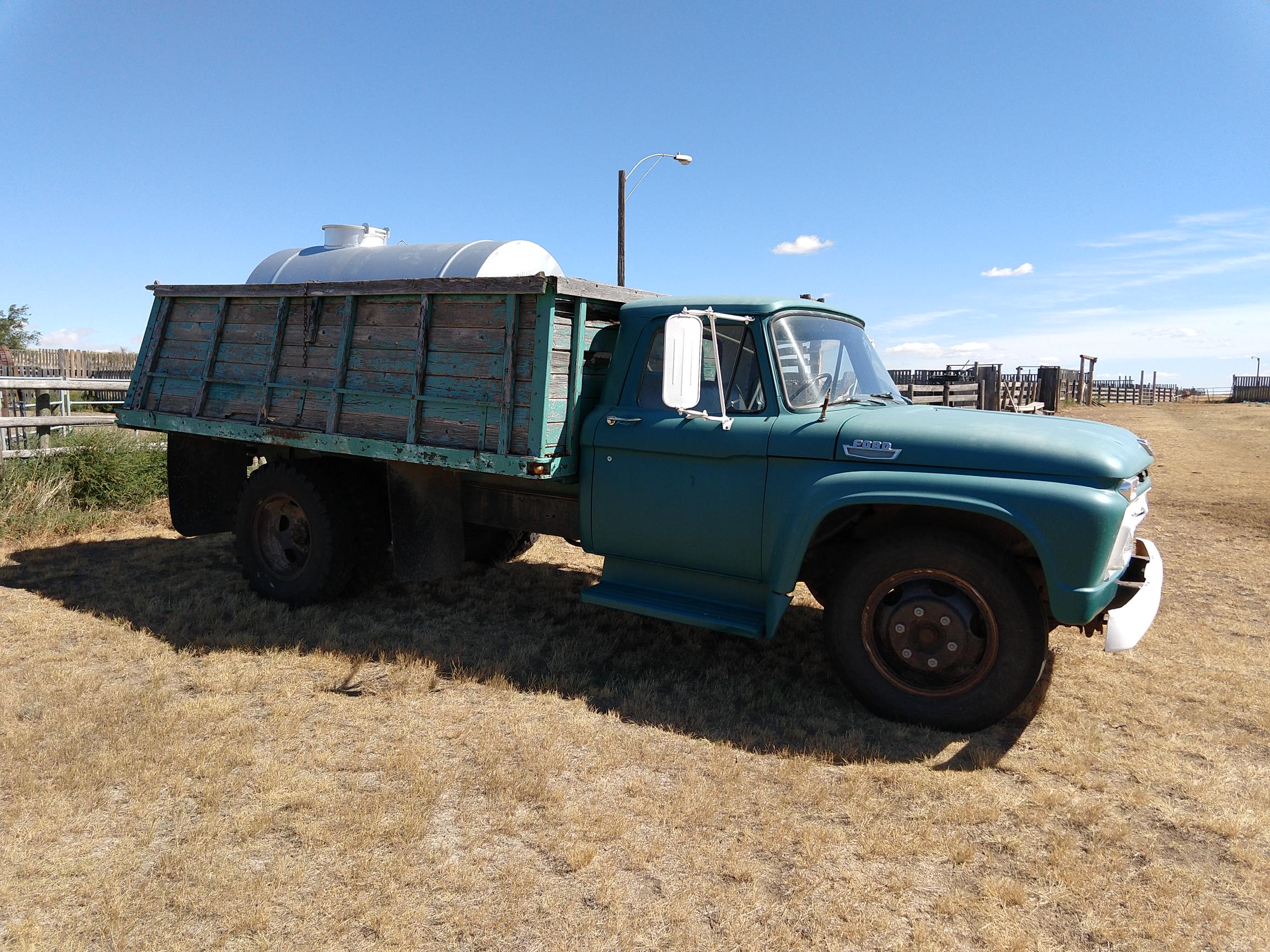 After now two months spent in Canada I have seen many new things and learned (to love) a completely different lifestyle. Fears, worries and needs of the people here in the prairies are pretty different from what I am used from Germany - and I would like to introduce a few of the differences I thought were the most impressive or important.

Canada is part of the Commonwealth, and a neighbour to the US. Distances and measurements, screws and nuts are found both in imperial and metric systems here.

Weight is measure in pounds, distances in kilometres - though the tachometre shows speed both in kilometres and miles per hour - if you want to move around furniture, you talk about inches and feet. The toolbox for repairing machinery has wrenches for both metric and imperial screws, and out baler actually has some screws of both system used in it.

It is impressive how fast you get used to speak in inches instead of centimetres, even if I still calculate everything in centimetres in my own head.

Silence and vastness, that is probably one of the most obvious differences. Many immigrants to Canada are called “silence seekers” by the inhabitants, because they left their country because it was too loud and too full for them.

Canada has about the same size as all of Europe, but less than half the inhabitants of Germany - and many people live in the big cities, like Toronto or Vancouver. Saskatchewan’s fifth biggest city has just about 15.000 inhabitants.

If you haven’t yet seen it yourself, it is hard to understand how incredibly vast Canada is.

I recently went up to one of the highest hills of the ranch to watch the sunrise - with a great view on the lake and the surrounding area - and there was nothing. Just the riverhills. No village, maybe one or two ranches, one road.

And the same goes for the noise pollution. When we are down at camp and hear the coyotes howling, then we can also hear the dogs barking on the three kilometre away ranch. If you stand still for a while, you can not only hear the cricket noise but also eating sounds of a porcupine or the singing of a great many birds - or even the scream of an eagle. Maybe the cows from the other side of the lake, too.

But machine- or man-made noise? Nearly nothing.

One of the big topics during harvest is the danger of wildfires. Combines and balers can get really hot during work, especially if not properly maintained after a year of not being used. Transporting a fire extinguisher with you on tractor and machinery is a must.

But sometimes even a fire extinquisher doesn’t help anymore, especially after weeks of drought and strong winds just need a single spark to start the fire. During my stay at La Reata we already had three fires in the surrounding area - one on the other side of the lake but the smoke made the air at the ranch hazy nonetheless, a small one on a field neighboured to the cow’s summer pasture and a bigger one north of White Bear (350acres burned down there).

When a fire like that happens, you first call the firefighters, and then your fellow ranchers - because most of the ranchers out here have a tank truck in their vehicle park which’s tank is full and ready during harvesting, in case one of the neighbours needs help with a fire. Many farmers take the tank truck with them to the field to have some water for firefighting with them - because even if you call emergency, it takes some time for the firefighters to turn up. Here, for example, the next fire station is in Kyle, and you need about 20-30 minutes to get there from La Reata.

Same goes for other emergencies - the ranchers are a tough folk, because the next hospital is in Saskatoon (about 250-300km away), though Swift Current has a medical center where you can get treated for most ligther injuries and sicknesses.

Transports out here don’t work with the ambulance, they use the helicopter right from the start.

The only civic service people you sometimes see out here are policemen - they patrol the lake for captains drinking alcohol, and they patrol on motorbikes and in cars around the exits of the towns.

With the long distances you get here, infrastructure too is handled differently than in Germany. You can’t really put freshwater-pipes and sewers in for ever little ranch, the maintenance effort would simply be too huge and too expensive.

Instead, ranches have wells and septic tanks for freshwater ans sewage, and filtered pumps for drinking water.

Power and internet too are spread differently - many ranches have satellite internet, because not fiber is put into the ground. So sometimes, when the wind picks up, it happens that internet is just not accessible for a while.

The same goes for power. Between towns, landlines are running along the roads, but the last few kilometres to the ranches are usually underground. Short outages in power are nothing unusual - the longest outage we had during my stay so far was something between 2-3 hours.

The last point of infrastructure are the roads - while everything is tarmac in Germany, tarmac is a kind of priviledge for highways and bigger towns. Instead, dirt roads are the most common streets here, kept in shape by the municipality.

Dirt roads instead of tarmac ask for a different kind of car. Without a truck that is able to switch to 4x4 in bad weather you are kind of lost out here.

Vehicles you see and drive here are big. And with all the space you got that makes a lot of sense. You need a solid car to make good way, and you need a big and comfortable car for the long rides you have to make to got grocery shopping, for example. SUVs, which I disliked a lot in Germany because of their size and clunkyness, are here the most common cars besides trucks - and here, they actually look like they belong to the country.

Out of curiosity I also asked after hybrid and e-cars - and learned that their batteries are not able to stand the cold temperatures in winter and thus have to be run all winter on gas. Thusly, hybrids are an absolute exception out here.

The last point I want to talk about is the recycling behavious of the ranchers and the way they treat trash. Like you have to take care of your own sewage, trash also only gets collected very rarely. There is a big container where everything that will go to the trash gets collected - normal household waste, dog hair and unusable wood chunks all go in there.

And because everything is collected in one container, ranchers are not very fond of all the plastic packages - George regularily gets upset about all the foils on and around everything you try to buy, because that is trash that can’t be used for anything else anymore (like you can with paper or cardboard for example).

What I love a lot out here is the recycling mentality. Nearly all grocery containers have a bit of a deposit on them - cans, bottles, even juice and milk packages. These are all collected in big bags and brought to the recycling center every few months.

All in All you can see that Canada is a western culture, but the behaviour of the people here is so different hat I already fear my reverse culture shock will be a lot more severe than it was after Hungary.